Where is The Island in the AllState Commercial – Recently, lots of internet users started swooning at the stunning island featured in the latest Allstate commercial. If you are also one of them and want to know where Allstate Island is then you must read this article till the end.

Where is The Island in the AllState Commercial? 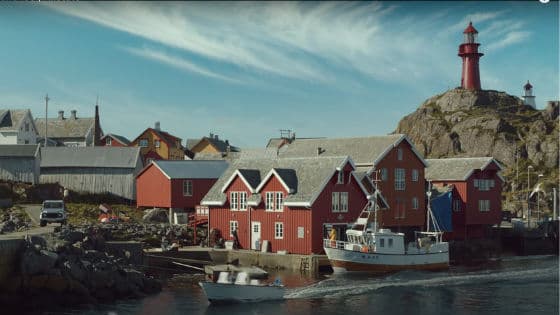 Recently Allstate which is one of the American insurance companies came up with a commercial that has blown away lots of users of the internet. Mainly this commercial gets introduced on the official YouTube channel of the company on 11th October 2020 and also it will get more than 25,000 views on that.

This commercial will feature some of the best breathtaking locations and also it will wonder its fans where Allstate Island is? So, if you are the one who is also willing to know about it then you have to keep reading this article till the end to understand all the useful details.

Where is The Island in the AllState Commercial – Exact Location

If you really want to know the location of allstate island commercials then you must have to check out this whole article by which you will be able to gather mostly all the useful details. So, keep reading this article till the end.

Where Is Allstate Commercial Island?

The Allstate company is going to reveal the location of its commercial but it will not stop their fans to do the amateur sleuthng. Also, in their YouTube Video comment section, one user named “Stian Lundby” said that the Allstate island which comes in the commercial is mainly a pair of islands located in Norway which is named Ona and Husor in Norway.

Also, these islands are connected by a bridge. On the other side, another user named “Ozyman73” said that the makers of the commercial edit a small version of the Ona Island in Norway to take an aerial shot.

The third user whose name is “Daniel Santos” said that Alaska is having vibes like this commercial. Later on, someone mentioned that the whole commercial location gives the Nordic Vibe.

One of the reports on the CNN traveler said that Ona is one of the villages and one of the groups of islands available in Alesund Municipality in Norway. Also, the breathtaking island of Ona gets separated from the big Island of Husoy due to the shallowness of 15 meters which is approx. 48 ft wide waterway.

Also, the two islands are referred to as Ona. Both of these Islands are Nodian Island which is located approx. 4 KM from the Northwest of the Island of Sandoya. Also, the nordic island of Ona is having a high cultural history because it is one of the lighthouse hope which was created in the year 1867

Due to the small size, One and Husoy are highly populated from previous centuries and all thanks to the proximity of groundfishing which is located near the Atlantic ocean.

Also, the ocean is located close to the presence of lending on the island which is majorly one of the biggest fishing occupations. Also, it is highly popular to become a home for some of the skilled potters of Norway.

Allstate: About the Corporation

A report which comes from the Bloomberg Quint said that the Allstate Corporation is headquartered in Northfield Township, Illinois which is located in the United States of America. Also, it was introduced in the year 1931 as a part of the Sears, Roebuck, and corporation. In 1993, it spun off and became one of the insurance companies. At present, it works mainly for Canadian insurance in Canada.

So, we hope that you get an idea about Allstate Island and also get to know about which island is featured in the latest Allstate commercial. Like you, there are also some of the other people who are also looking for this information.

So, please kindly share this article on your social media so that lots of people read this useful information and get to know about it, and also get to know the answer to their questions simply.

LCPS Go Login – How to Login lcpsgo at www.lcps.org