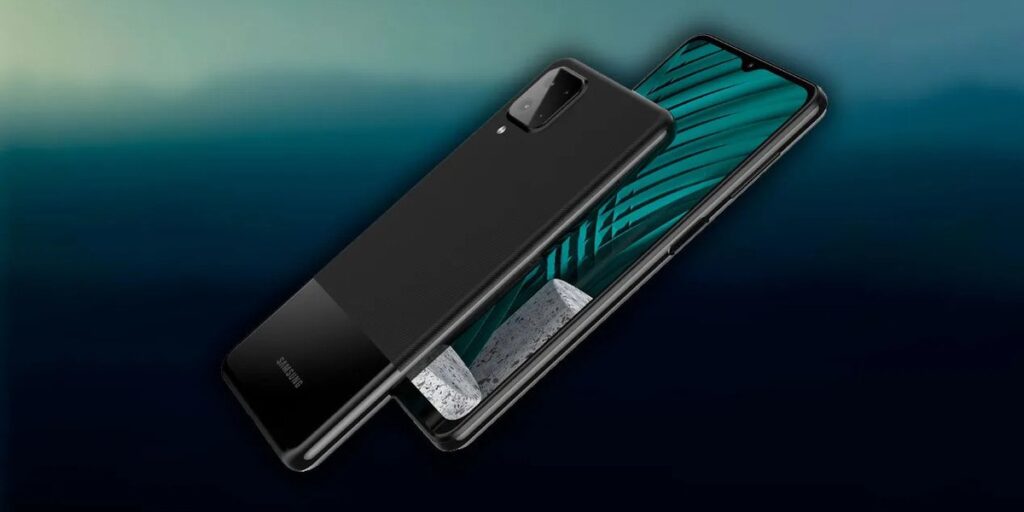 The phone also comes with a proprietary One UI Core from the company. The Galaxy M12 also features an all-new metallic back for a better grip in the hand with micro motifs and soft-curved edges.

There is an octa-core SoC, along with 3 GB, 4 GB, and 6 GB RAM options, which is speculated as to the Exynos 850 SoC. The phone has a quad rear camera setup for images and videos that houses a 48-megapixel primary sensor with an f/2.0 lens and a 5-megapixel secondary sensor with an ultra-wide-angle f/2.2 lens that has a field of view of 123 degrees (FoV).

A 2-megapixel macro shooter and a 2-megapixel depth sensor are also included in the camera setup. There is also an 8-megapixel front-facing camera sensor with an f/2.2 aperture.

In terms of capacity, the Samsung Galaxy M12 comes with onboard storage options of 32 GB, 64 GB, and 128 GB, all of which can be extended via a dedicated slot with a microSD card (up to 1 TB).

The connectivity options are 4G LTE, Wi-Fi 802.11 b/g/n, Bluetooth v5.0, GPS/ A-GPS, USB Type-C, and a 3.5mm headphone port. Among the sensors onboard are an accelerometer, ambient light, and a proximity sensor. The fingerprint sensor mounted on the side is also in place.