Bose Solo Soundbar Series II Review 2022 – As you know that the Bose is one of the biggest brands in the market and also one of the rarest brands which will always try the latest technologies on all their gadgets in terms to simply impress their customers and also the world as well. Bose achieves a level where the customers don’t expect less from the company. 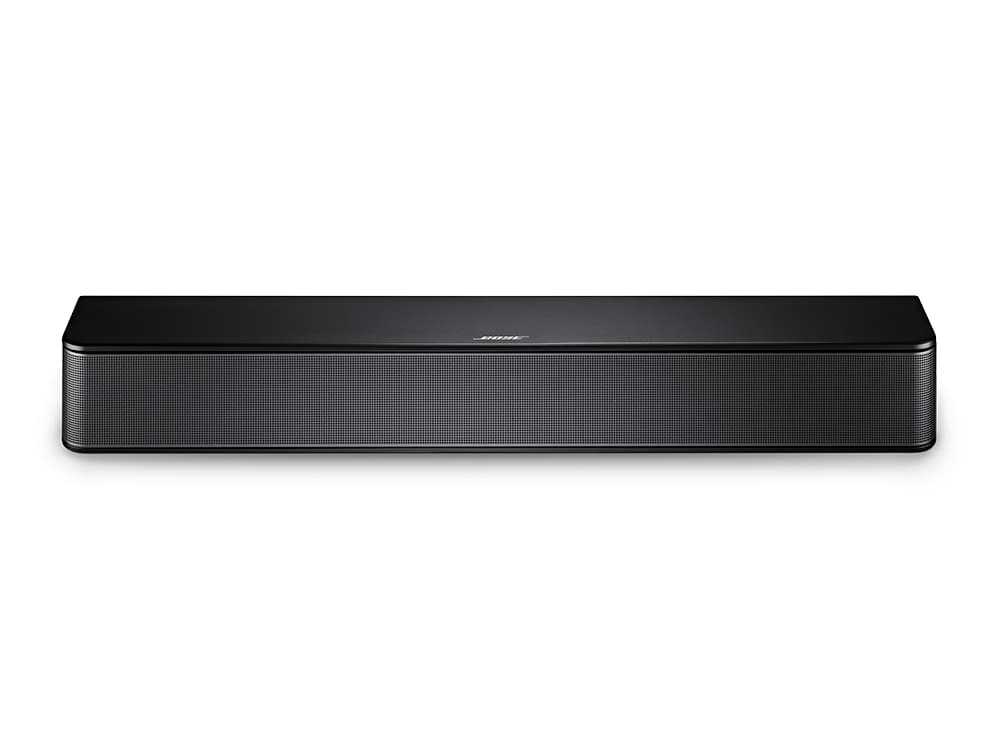 Check out the complete specifications about bose solo soundbar series II without any other discussion.

Check out the major specification of bose solo soundbar series II which we are going to tell you in this section.

Design: The bose solo series Ii soundar is mainly designed in an elegant manner along with the matte finish top and it is compact in size, smaller so that its competitors provide the astounding sound along with a decent base. Also, the dimensions of the base solo soundbar series II are 8.6 x 54.9 x 7.1 cm and also more discreet as compared to the other long soundbar at a low cost.

If you are willing to be wall mounted then it doesn’t need any stand. Also, the Bose series II soundbar comes up with 2 anchors which are completely ready to be placed on the walls. I suggest the users simply use it by placing it under the smart Tv and if you are having a large TV that is more than 50 inches then I suggest you simply select the bigger soundbar as it seems small as compared to the TV.

You can simply use the Bose solo series 2 soundbar for any of the TV but I suggest you simply use this soundbar for the mid-range Tvs and mainly which are in between 32 to 43 inches. In terms of controlling, the solo soundbar series 2 will also include the remote which comes up with the package. The package also has the 1.5m long optical cable and also the power supply cable which will simply remind me about my old dell laptop power supply cable.

Now, in the next section of Bose Solo Soundbar Series II Review 2022, we are going to check out the sound capabilities of the Bose series II soundbar.

If you are feeling bored with the unclear sound of your TV then this soundbar is something that will be the best option for you. The bose solo series Ii sound bar provides a crisp and clear sound by its speakers which is available inside it. Also, the 2 speakers behind the steel grill provide the enhanced bass even without using the subwoofer and the bose didn’t reveal its maximum output from the soundbar.

The bass of this soundbar is not heavy or overpowering but it will work in a great manner to watch movies or music with high beats. Also, the audio enhancement of this system is done by the Dolby decoding technology which will provide realistic and rich audio. As I earlier said that the bose solo series Ii sound bar comes with a set of 2 speakers which will deliver the overall great sound. Also, the power is not as high as compared to the mid-range TVs provide but still, it will make the difference in terms of the sound quality which it delivers into your TV.

The bose solo series II is not having any of the subwoofers in it and it doesn’t support the external subwoofers to combine. Also, it does not have an LED display to show the current volume and also the bass settings. The solo series Ii soundbar has no controls button and has a remote which will access the package which use it to simply assist the users.

Also, the soundbar remote is having the bass control to the volume controls on it and the control type is not directed as well. You can use the volume control to simply adjust the bass by simply making a click on the bass button. It might be a little confusing for you in the beginning but it will become normal when you get started with this soundbar.

Connectivity is something that plays a major role in terms of the selection of soundbar as the flexibility of the soundbar is mainly determined by the connectivity. Also, a soundbar has multiple inputs which are nearly five or above and they are said to be more flexible as compared to those which are having Lexx inputs.

The boss solo series 2 soundbar provides wired audio transfer connectivity by the optical port and AUX for the latest smart TVs. Also, the ancient TVs which have the working coaxial input and the bose solo series soundbar II provide coaxial communication as well.

If we talk about the wireless connection the Bose series II soundbar will use Bluetooth which can get connected with any of the smart devices. Doesn’t matter if it is your smart TV, laptop, or any of the smartphones, this soundbar will connect in a faster manner and provide you with no lags or any compatibility issues.

You can use it as the wireless speakers for your smartphone which use Bluetooth or the TV soundbar. Also, the optical connection will work with a charm with the smart Tv when it gets connected and the AUX connection seems to work in a proper manner but I suggest you use the optical IN.

It has the auto awake option which will wake the soundbar when it gets a wake-up call from the smart TV.

The awaited part of this soundbar is its pricing and also the price of bose solo series II soundbar is nearly 179 euros. The price is really high as compared to the other soundbars which feature the same specs but if you are searching for the branded soundbar which is having a history of surprising then this is one of the best soundbar for you.

There are lots of other soundbars as well which will stand into the competition with the bose series II soundbar and you can simply take a look at them which we are going to share below.

Now, we are going to discuss the pros and cons of bose solo series II soundbar which you need to know if you are going to buy it.

Yes, apart from the fact that it lacks some of the options, the bose solo sound bar series II provides the best options and bass at your home. Also, by compacting into the size, it provides crisp audio, and also it is not having compatibility issues with any of the smart Tv which provides lots of reasons to buy this soundbar. Also, if you are a movie lover then this bose solo series II is one of the best options for you.

Is The Bose Solo 15 Bluetooth?

Yes, bose solo soundbar series Ii is having Bluetooth which will support the wireless connection with the smart TV and the laptop or the smartphone as well. You can easily be able to stream the music in a wireless manner by using your smartphone in a direct manner with the Bluetooth.

How Many Watts In Bose Solo Soundbar Series 2?

How Do I Connect My Bose Solo Soundbar 2 to My TV?

Can You Connect Subwoofer To Bose Solo 2?

No, Bose solo soundbar series II doesn’t support any of the subwoofers at all.

So now you have to true Bose Solo Soundbar Series II Review 2022 where you have the answer whether you should go for it for your music needs or not. If you still have any queries related to this soundbar then you can drop your queries in the comment section below.