Yes, we know you are interested to know about the most popular womens. We are going to tell you the top 50 women who are most popular.

People thought that women are the weak part of women. Now, things are change and you will know the women empower after reading this article. They have the sense and power to take a stand for themselves.

Most Popular Women’s In The World 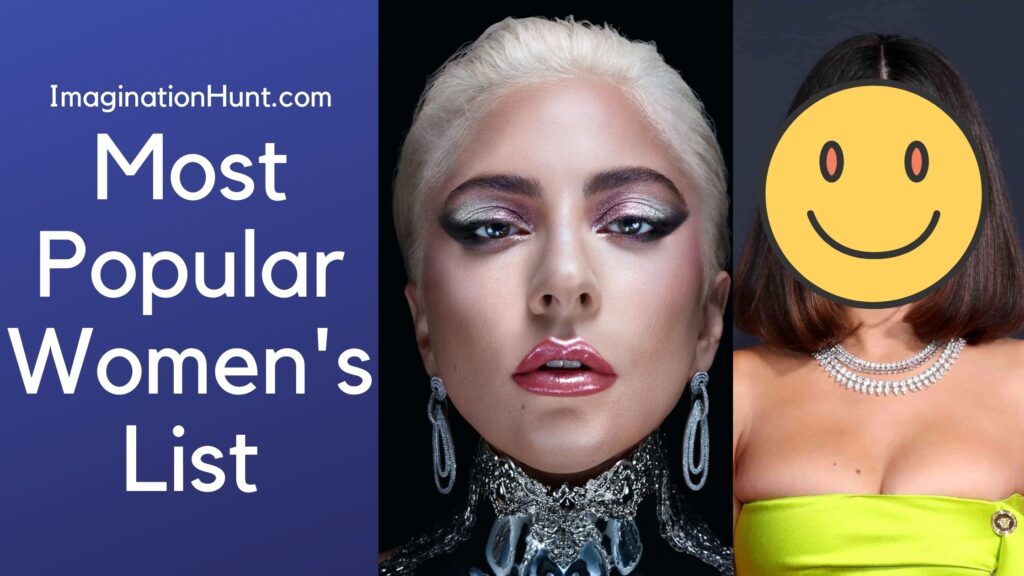 They can run the world and day by day the women become more powerful. In this article, we will know about the top 50 women who are popular. 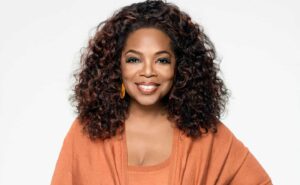 Oprah Winfrey gets to number 1. In our list. Her achievements are incredible and remarkable. She is well known for her television program. The program name is ‘The Oprah Winfrey Show’. This show was running for 25 years in the national syndication from 1986 to 2011.

She got the title of the richest African American of the 20th century. She is the first black multi-billionaires of North America. She was the in the prominent people in the 2000s or the 2010s. She achieved the title of “Queen of all media”.

She secured the position of the biggest black philanthropic in the History of America. 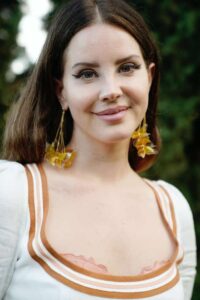 Lana Del Ray began her career in 2005. She got popularized from the ‘Sadcore’ genre of music for the conventional audience. She is influenced by many contemporary artists. According to Billboard, Lana Del Ray is the primary catalyst for pop’s mid in 2010. After the 2010 year, she moved in Hip-Hop inflected palette. 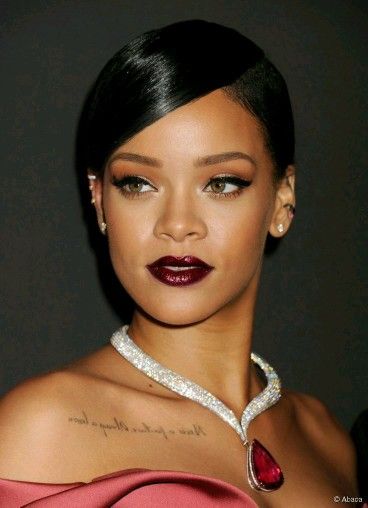 Her achievements of Rihana are uncountable. Rihana comes from the best-selling music artists of the era. 14 solo tracks of Rihana ranked on No.1 and 31 solo track comes in the top-ten tracks. She got award 12 Billboard, nine Grammy awards, six Guinness World Records, and 13 American Music Awards. She achieved the title of the wealthiest female musician in 2019. An approximate net worth of $600 million. 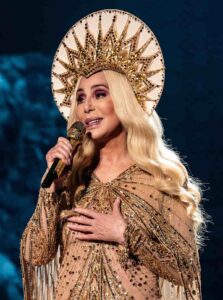 Cher is an adorable and outstanding music artist for six decades. She achieved several awards like- Emmy Awards, three Golden Globe Awards, Cannes Flim Festival Awards, The billboard icon award, and many others. She got the Award Council of Fashion Designer of America and Kennedy Centre Honors. She known for being the only artist to have a 60 years continuous career in the music industry from the 1960s to 2010s. 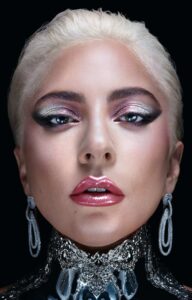 Lady Gaga is a bestselling music artist worldwide. She got the title of fourth Woman’s music artist highest earning in the 2010s. She achieved 11 Grammy awards and many Guinness World Records. She stood at the fourth position on VH1’s greatest moment in the music industry in 2012. In 2011, she got stood second in a reader’s poll of the most influential people in the time of the last 10year. She is running her Non-profit Organization and she started NGO in 2012 to improve mental health, empowerment of youth and restarting the practice of bullying. 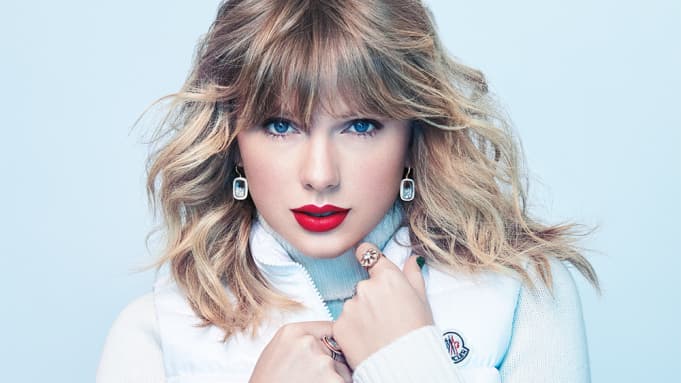 She got the award of the artist of the Decade by American Music Awards and Women of the decade by Billboard. She did 150 million singles and 50 million albums are sold worldwide. She comes in the bestselling author with various awards like – Grammy Award, Seven Guinness records, and Emmy Award. She is one of the best-awarded women with 23 wins in Billboard music awards and 29 wins in American music awards. 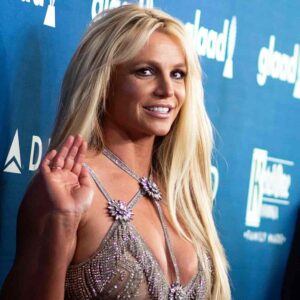 Britney Spears is one of the best and prosperous artists in the late 90s in the fashion and pop industry. She has sold about 100million records globally. She faced some major difficulties in her career in the min 2010s. her comeback was appreciating with the release of her outstanding album Glory in 2016. This was a four-year concert tour known as Pieces of Me. 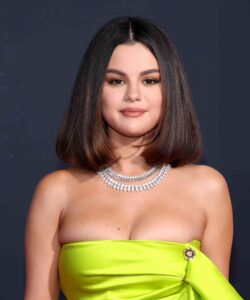 Selena Gomez a wonderful and Versatile artist. She gains success as a composer, model, voice actress, designer, poetess, and UNICEF goodwill Ambassador. Selena began her career as the lead actress in the Disney TV show ‘Wizards of Waverly Place’. Since then she gained success in the music industry also by selling over 22 million solo playlists and 7 million albums globally.

Adele is famous for her music. She is a music artist of the 2010s. She achieved the record in the World Records in Guinness World book as a best-selling artist of the 21st century after her path-breaking second album 21, which sold over 31 million copies globally. She came on the list of greatest women in music by VH1 and she was also listed as the most influential person.

Madonna’s career started in culture and pop music in the early 1980s. she was the top music artist in the 1980s. She still in the industry and doing work. She has a wonderful and prosperous career of 40 years till now. She got many awards.

She was crowned as Queen of POP and listed in the Guinness World Records book as an all-time bestseller in the female artist. She has a record of selling 300millon copies worldwide. She ranked Billboard music video artist.

In the past 20years, Beyonce is one of the best leading music artists. She is one more bestselling artist in the music industry. Her 100million records globally sale and in the history of Grammy awards she nominates maximum time. She achieved the second position as Grammy’s artist with 24 wins.

Jennifer is the best and first Latin actress who achieved success as a Hollywood star. Apart from this, she had a wonderful career as a singer, Businesswomen, movie star, and philanthropist. She recognized as the most robust woman worldwide. She counts as one of the wealthiest celebrities all over the world.

Katy Perry becomes a glorious star with her path-breaking single “I Kissed a Girl” in 2007. She gets to the top by giving lots of hits continuously. She recognized as a female artist who got the highest pay from the time 2011 to 2019.

Shakira is known as a model dancer. She recognized as the Modern queen of Latin music by achieving various awards like the MTV video music award, Twelve Latin Grammy Awards, Seven Billboard Awards. She got the six Guinness World Records in 2018. She became an all-time best seller Latin artist.

she is well known for her role in Hannah Montana. She did adorable acting in that serial.

She comes known as the wealthiest celebrity in the entire world. She increased her fame by releasing her show ‘Keeping Up with the Kardashians’. This serial was an enormous hit with 20 seasons for 14 years. After this show, she started her fashion and cosmetic business. Today she is recognized as a prosperous business Women globally.

She is considered a fusion of grace, beauty, and talent in the world. She is United Nation Goodwill Ambassador from 2001 to 2012. She achieved Various awards for Outstanding Acting. Angelina Jolie is too popular for her Philanthropic work and Substantial filmography. She is a high-paid actress.

She is an actress, singer, and heiress of the Hilton family fortune. She gained fame from her show in the mid-00s. I this show they described her simple life, Socialite, Nicole Ritchie.

She did various Shows on Disney TV. She gained great fame and success. She has developed herself as a full-time recording artist with over 200 nominations in awards and six albums.

Christina Aguilera gained commercial success in the 90s. she became a prosperous pop artist by achieving Latin Grammy for her entire work and achived 6 Grammys. She was also appointed as United Nations Goodwill Ambassador in 2010. she got this with the world food program for her Philanthropic work.

Avril Lavigne has been one of the most leading pop-rock artists in the past 10 years.

she achieved her conventional success with her debut album named “Let go,”. she achieved Platinum success in a brief period. she became a great pop artist in the 2010s.

she did a role in a series called “Transformers.” She was even a part of some independent films. she is an idol for everyone and an outstanding model. she did work with Maxim, Vogue, and FHM and worth appreciating.

Mariah Carey is a popular musical artist for the past 30 years. she known for her impressive vocal range and register. she is at the top position in Billboard in every year. She is considered one of the richest artists.

she is famous for her role in “The Twilight” . she is also a wonderful actress who is leading in various films. She won the Cesar Award for her role in ‘Clouds of Sils Maria’.

Girl in the Basement True Story – Where is Elisabeth Fritzl Now?