Lan parties are one of the best parties. Imagine a room of computers along with all your gaming buddies with whom you are fighting by using your keyboard. But, what if you want to get the same gaming experience by sitting at your home. 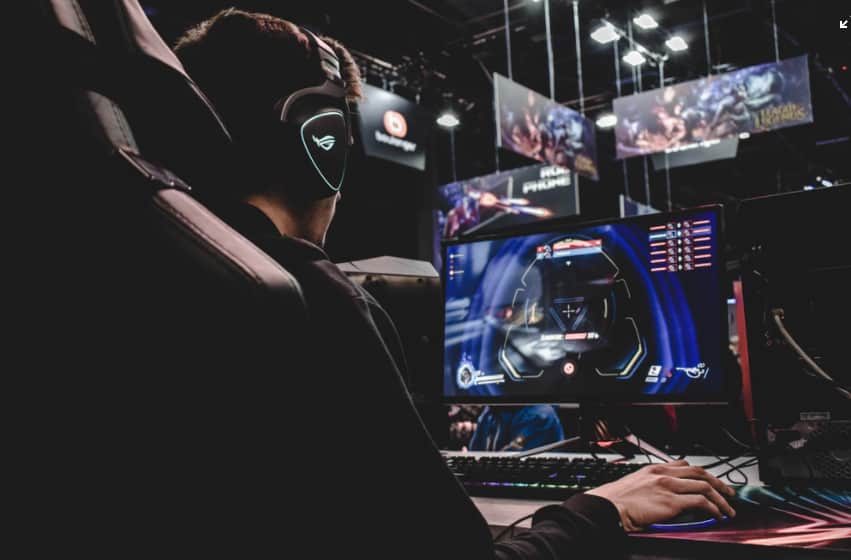 But, if we talk about Hamachi, then it comes up with its own problems. One of the most common problems in Hamachi is related to drivers which takes place with lots of users.

Also, it doesn’t include any other features apart from the LAN but here, we came up with some of the best alternatives of Hamachi which you can simply try and use in your next LAN party.

If you really want to get rid of 5 limited connections which also includes the host system, driver issues, 100ms+ ping, gaming lag, and also some of the other irritating problems in Hamachi then we are sharing some of the paid and free Hamachi alternatives which helps you to get a better experience of gaming.

So, without wasting your time, let’s know about these alternatives so that you will get a similar experience like Hamachi without a problem.

Evolve is one of the best Hamachi alternatives only if you are willing to get more features apart from Virtual LAN gaming. Also, it comes up with inbuilt LAN support for mostly all its popular LAN games, and also, it will support lots of features such as party mode and also matchmaking as well. It has a user-friendly interface that has lots of features as compared to the landed games. Evolve is one of the alternatives which also supports live game streaming.

GameRanger is also one of the virtual LAN gaming platforms. As it doesn’t have lots of features because of its counterpart but the level of security of GamerRanger is really secure. While playing this, you don’t need to worry about any type of interruptions or connection lags. Also, the Virtual LAN gaming software uses the drivers in the process to emulate LAN connection.

Basically, the game ranger uses the client and its pings are always low. GameRanger is one of the best Hamachi alternatives for sure.

So, if you want to know more about it then go ahead and start making your own clients as per your needs and wants.

Now, let’s move towards the next alternative to Hamachi which is known as NetOverNet. It is one of the vest basic clients who simulates the Virtual LAN, Basically, it is a VPN emulator but also it is having a user-friendly internet and are able to connect with the multiple PC and provide separate login details which made it so popular in gamers who use a LAN emulator.

Also, you can be able to access other computers connected to the network and also be able to share the data and some of the other stuff as well. The connection of this game is limited if you are using its free version and also if you buy its paid version then you are able to extend the connections.

Here we come up with another Hamachi alternative mac which is known as Radmin VPN. It is one of the famous clients among all and the best part is that it doesn’t limit the number of users or number of games in terms of uses of its connections. Radmin also provides very high speed and also, it doesn’t create any type of ping issues.

It will provide speeds of up to 100 MBPS and also it has a secure VPN tunnel. It is one of the best and user friendly virtual LAN gaming options for you.

As you already understand by its name, FreeLAN is one of the best and free Hamachi alternatives and also one of the VPN creators as well. It is so popular because it is one of the easiest VPN software which creates its personal private network. Also, it is one of the open sources and you can easily be able to customize it as per your needs.

It will provide high speed and also it doesn’t hang or leg at the time when you are playing games. One of the downsides of this software is that it doesn’t provide the work on the interface and you are required to edit the config guides manually,

The P2PVPN is developed by a developer and also it is having a VPN task which is really good. It has a very simple interface and all the basic features as well. P2PVPN is one of the open-source VPNs which is developed with Java. Also, this software is not maintained for a long period of time. So, if you face any problem or difficulty while using it then it is really hard to find out the solution to fix the problem but if you try this software then there is no harm in it as it is one of the free software.

Now, if we talk about another “alternative to Hamachi“ then SoftEther is something that is helpful for you. It is one of the popular VPN software which supports and works in most all operating systems.

Its interface might be simple and it is completely fully featured and comes up with privacy. It might be hard to start it but when you start it then you will get to know about all its features and it will make it one of the best Hamachi alternatives.

ZeroTier is something which we consider as one of the best Alternatives to Hamachi and mostly it works in all the operating systems. It is not only a VPN service but it also provides the SDN service as well. ZeroTier has a huge community and if you get into trouble while using it, then you don’t need to worry about it as all. It provides low ping and also by using its VPN client, you can be able to set up Virtual LAN parties simply.

Moving towards the other Himachi alternative free which is known as NeoRouter. It will allow the users to create and search for private and public servers that are using the internet. Also, it will provide a high-level security feature and also it will unlock all the websites for you easily.

It will support and work in almost all the operating systems such as Windows, Mac OS X, and Linux as well. It is also available in both the store means in Play Store and also in App Store as well. It is one of the best Hamachi alternatives only if you are looking for a secure connection while playing games.

If we talk about Port Forwarding then it is one of the complicated methods in the process to set up a Virtual LAN and also but it is an efficient alternative for Hamachi in the process to play virtual LAN games. You don’t need to worry about any of the third-party clients. Its settings differ from one router to another.

Also, the downside of Port Forwarding is that you are required to set up Port Forwarding for every game on your own. It will provide fast speed and also it will support an unlimited number of users at the same time.

So, as you know that Hamachi is one of the popular virtual LAN gaming options for all gamers but as it is having a limited connection, and Laos gaming lag, and some of the other issues which will ruin its image in users and that’s why people start looking for Hamachi alternatives.

So, in this case, we have shared some of the best Hamachi alternatives for virtual LAN gaming which will provide you with a similar experience like Hamachi. So, simply check out all of them and start using them. If you like this article then share it with other people to let them know about these best options.