Best Patriotism Web Series – In the digital age, people have started to attach more importance to OTT platforms than to theaters. This is the reason why creators started creating content of almost all genres on OTT. 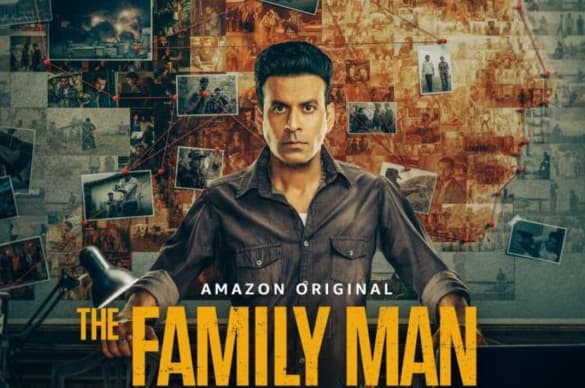 Today, on OTT, you’ll be able to see content ranging from crime to action, to patriotism.

Two seasons of this Manoj Bajpayee web series have been released. In the series, Manoj was also seen as a family man along with an undercover agent. The story of this series is very strong, which you will definitely like. If you haven’t seen this series yet, you can definitely watch it.

This series is based on patriotism. Through this series, we have tried to show the patriotism of a female army officer. The story of the series is very strong, after watching it you won’t get tired of praising it. Nimrat Kaur and Akshay Oberoi were seen in the lead roles in the series. It was directed by Vinay Vaikul and Nagesh Kukunoor. This series has a rating of 8.4 on IMDb.

In this series, the story of 21 brave Sikh soldiers who fought against 10,000 Afghans is shown. After watching this series, you will get goosebumps. Bollywood has also made a movie about this story. The name of the movie was Kesari in which Akshay Kumar appeared in the lead role.

Azad Hind Fauj is shown in this series. An attempt has been made to show a soldier’s perspective and experience by connecting the Azad Hind Army of that time with the current times of the series. After its release, this series was well-received by people.

This web series has shown the story of two of these soldiers who had to remain as prisoners of war and when they both returned home, they had to face strange situations in the family. People really liked the story of this web series. It has an 8.8 rating on IMDb.

If we forget to add any other Best Patriotism Web Series then please drop the name below, and we will add it to this list. If you still have any queries or feedback then you can drop your queries in the comment section below.