Self-driving cars, or autonomous vehicles, have been big news in recent years. We were told that they would revolutionize the way we drive, and take the pressure off the daily commute. 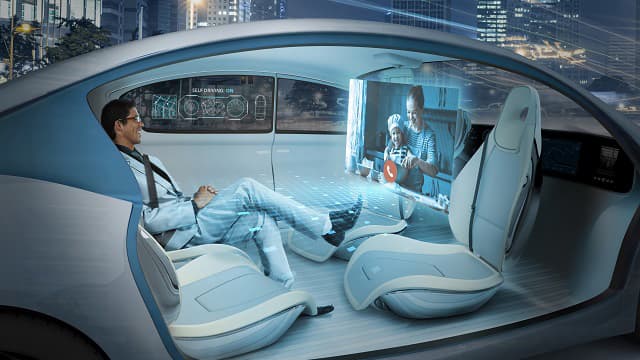 Major Players in the Industry of Autonomous Vehicles

There are several companies all working to bring a safe self-driving car to market. Uber and Google are just two of the big names in the market, but several other tech companies and car manufacturers are trying to get into the business too.

California is the US state which has the greatest concentration of companies trying to develop driverless cars, with over 60 different companies testing the artificial intelligence technology which would allow a computer to take over from a human driver.

Waymo, originally part of Google, has been testing self-driving cars on American roads for over a year. Here in the UK, a two-seater pod without a driver has been undergoing trials in Milton Keynes and Cambridge, operating along a set route only.

How Long Until We See A Truly Self-Driving Car?

So far, testing of self-driving cars has been limited to taxis, or shuttle pods running along pre-determined routes. Although progress has been fast on issues such as collision avoidance and speed, there is still a long way to go until driverless vehicles are on sale to the general public.

Industry experts estimate that we’ll be waiting at least another decade, possibly more until we’re seeing this sort of car on the roads in the UK, and even longer until they become a standard choice.

Many experts believe that public transport will make the changes first, especially for buses and trams which operate along pre-determined routes.

The other sticking point when it comes to self-driving vehicles is that laws and legislation will have to be adjusted to take into account the new technology.

Will you still need a driving license if you’re in a driverless car and it’s the computer making all of the driving decisions? Who is liable if there’s an accident?

Driverless cars are going to completely transform the British roads, and enable people who ordinarily couldn’t drive to have a lot more freedom too.

In terms of maintaining and looking after driverless cars, the same rules are likely to apply to standard vehicles. Many driverless cars being developed are electric cars, which are generally longer lasting than their petrol and diesel equivalents, given that there are fewer moving parts and things to go wrong.

As electric cars qualify for the zero rates of road tax, many driverless cars won’t pay this either. Servicing should also be cheaper too, and there’s the obvious benefit of not having to fill an electric vehicle with fuel either.

When it comes to the annual MOT test, there will have to be further changes in the legislation too. Currently, the MOT is for all cars over three years of age and is an examination of general roadworthiness.

This isn’t going to change any time soon, although there is a growing school of thought that the age at which a car has its first MOT may be extended beyond 3 years, and the interval between tests may be extended too.

But what does seem certain is that if self-driving cars become a regular fixture on the UK roads, there will have to be new categories in the MOT test, in order to make sure that the computer is up to scratch and is performing as it should do to keep all road users safe.

Let the Uproad App Be Your Toll Payment Account