Bandai Namco Entertainment released the Tekken 7 in Feb 2019. It is an arcade system fighting game. Overtime game got lots of improvements and updates. Now, it is favoring more of the new players by introducing Rage Arts and Power Crush Mechanic, simultaneously it improved the game for the pro players. If you are looking for a Tekken 7 tier list with the best character list of 2021 then you can follow this guide. 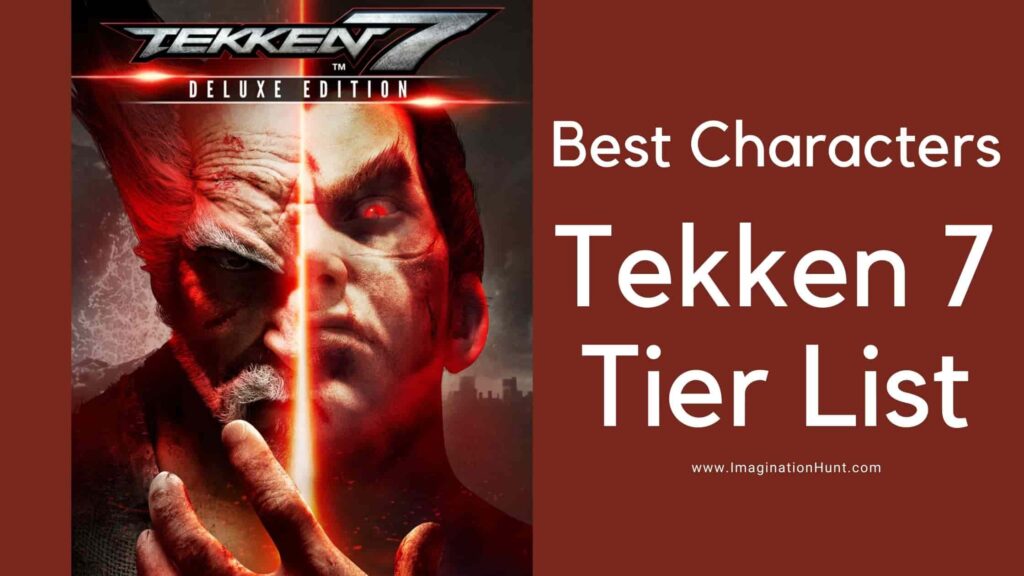 If you are wondering which character will take the top spot of the tier in Tekken 7 tier list then you will find out here. Let’s be honest, we all have our favorite players and we frequently choose them in-game. Maybe because we became friendly with their moves and powers as well as our muscle memory work better with them. It is all about practice. It is our Tekken 7 tier list season 3.

With every update, we see new features and make a tier list of Tekken 7 according to character strength and power. Using the right combo of moves and understanding the character is more important than knowing the character’s power. It is more of skill than knowledge.

What are the factors which should be taken to make the Tekken tier list? How will we know which Tekken character will fit in the top or bottom tiers? There are a lot of questions and there are answers for them. For instance, a character can be very powerful but it may lack control and good fighting skills.

We cannot make the list according to the amount of power a character has or how hard it can hit. The list should be elaborative as well as justify the character’s strength and skill.

When we started, we have 20 unlocked Tekken 7 character lists and over time it goes to 36 and after the pallet swipe, it will go up to 50. Choosing the tier of all these 50 characters can be tricky if and only if we do not choose the factors which will influence the ranking of these characters.

What is the Highest Tier?

What Would be the Result of Lowest Tier Fight Against Top Tier?

Well, it depends upon the players but one thing is sure that the top tier’s character will have the upper hand over the lowest tiers. If the top-tier character is playing by the less skilled players who do not understand the player powers and combinations then there is a higher chance of losing against a player who understands the lower-tier characters and skilled.

Does Higher Tier Mean that Characters will be Easy to Play?

No. it is not necessary that the higher tier characters can be played smoother than the lower tier characters. Devil Jin is from the top tier but it is very hard to skill him. You will need quite a patience and practice to understand the character powers and combinations of the move and use it according to your requirements. One of the most player-friendly characters is Jin and Paul. Some people even like to play with King and find it more playable.

With every season we see new updates in the characters. These updates influence the power move combination and make an effect on the player’s moves. You can choose the right character according to your need and get the best result in the game. If you are quite a player then you may know that the player skill and understanding of the gameplay very important role. We cannot ignore the fact that some of these characters are stronger but a player’s skill plays an important role and you cannot deny the fact that a skilled player can beat a top-tier character played by a beginner.

We had started with Tekken 4 tier list and since then we are regularly updating our readers with the information.

Brawlhalla Codes to Get Free Skins [One Stop Solution]